there’s glittering and sparkling,
the veils that she unveils
(mind you, not all all like removing the scales of a dragon
or plucking a hen)

her whispers, giggles, jewels
wax and wane
Yet don’t insects dance?
Could this girl be a mantis?
Or is she just an expert
hypnotist?

Cymbals, ear-rings, bracelets
to create suspense,
you may wonder and crave
but she won’t 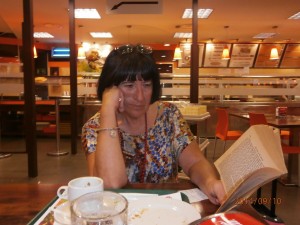